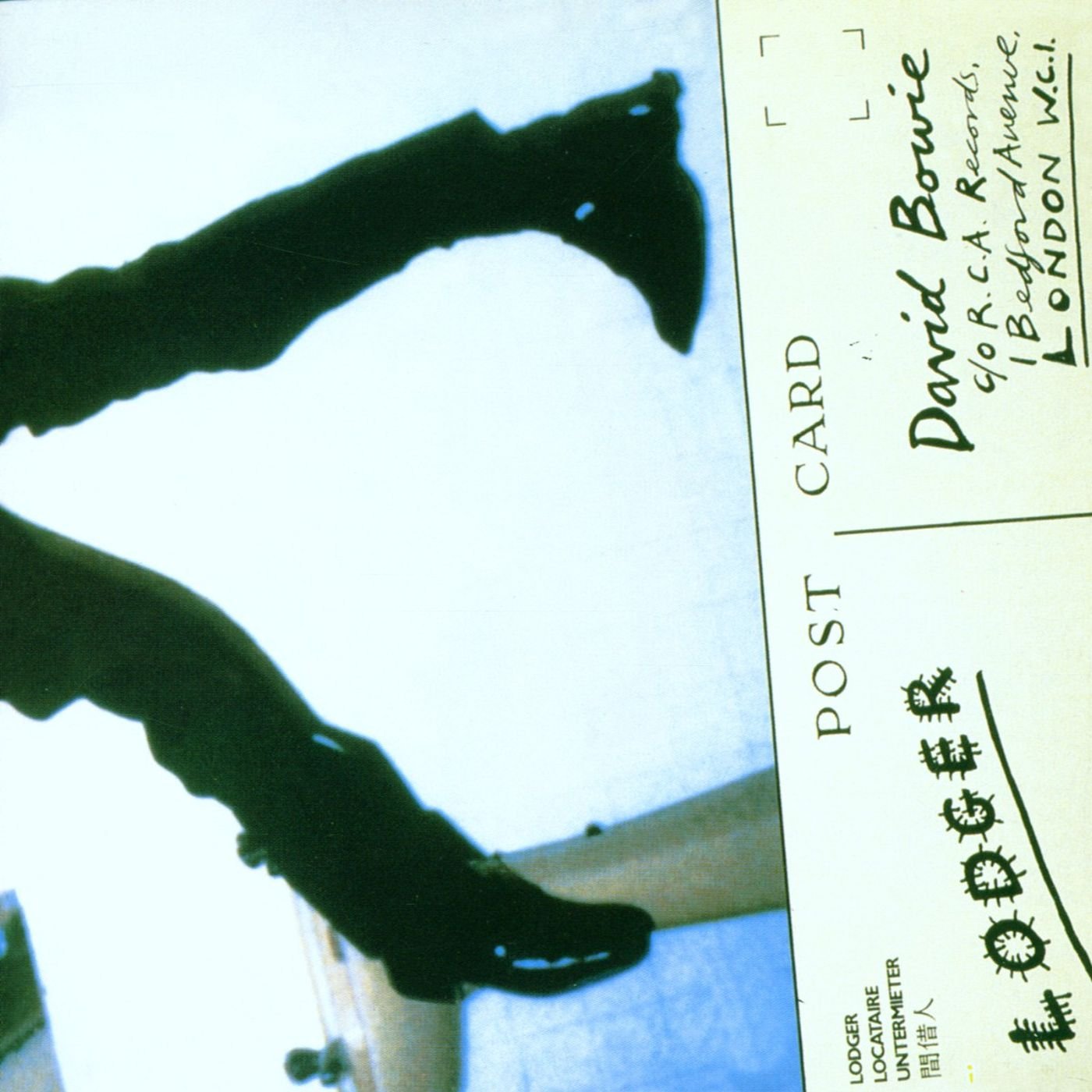 A fitting line to kick this thing off, coming from David Bowie’s “D.J.,” kicking off side B of Lodger, the third in the misnomer that is Bowie’s “Berlin Trilogy” (the album was actually recorded in Switzerland and New York).  Over the past two weeks I’d come to absorb myself in the album, as it was the one I was the least familiar with from the period (Low and “Heroes” being the others).  Long considered to be the more obscure or “punk” entry in the trilogy, my time with Lodger revealed a warm, playful and surprisingly accessible record that better mixes Bowie’s pop and experimental tendencies when compared to the other Eno collaborations, featuring some genuinely gorgeous tunes and an overall feel that puts the album closer in tone to his 1980 powerhouse Scary Monsters (and Super Creeps) than the “trilogy” it typically gets lumped in with.

Opener “Fantastic Voyage” is one of those lush, perfect pop gems Bowie can knock out in his sleep if he wants to.  Its warm, inviting tone belies the anxiety of the lyrics, a rambling commentary of nuclear fears mixed with depression.  But DAMN, the way the melody crescendos in the chorus – it’s a beautiful vocal turn.  The song plays against expectations in the sequencing, happy to throw you off your guard for “African Night Flight,” with its off-kilter effects, loops and sing-song cutup lyrics.  Still, there are snippets of words that stick themselves in your brain, refusing to leave, like the repeating “Gotta get a word through one of these days.”  The cutup style of the lyrics mirrors much of the music: many of the guests came in and were told to play without having any knowledge of the track; Bowie and Brian Eno relished these kind of exercises, looking to get as pure an experience as possible.  Elsewhere the clash/merge of world music and British pop yields wondrous fruit, such as the reggae infused “Yassassin.”  “Red Money” which closes the album takes this idea of blending other ideas to the extreme, essentially taking Iggy Pop’s “Sister Midnight” off his 1977 album The Idiot (produced and co-written by Bowie, who also played on the album) and building layer upon layer, crafting it into a recognizable yet completely different song.

My affair with Bowie started back in the 80s, a taped copy of Low, provided by a friend one year older in physical age but seemingly ancient with musical wisdom.  Since then I found my way weaving back and forth in his discography throughout my adulthood, next discovering him with 1995’s industrial-tinged Outside and hanging through the excellent Earthling before moving on to other sounds.  I was always familiar with the beats of the hits, but to be honest it wasn’t until The Next Day that I was truly drawn into the intricacies and periods of his life.  Suddenly I could see and draw connections from a much more personal view: the various guises, signaling a constant and always evolving search for self, at least in the eyes of someone who was doing just that.  It didn’t matter what his impetus was for all the transformations and musical mutations – to me it was all the same thing: trying on a new skin, even if for a while, taking what worked and moving on.  Whether it was the challenging tone poem of Low’s “Warszawa” or the Beatles pop homage of a track like “Oh! You Pretty Things” from Hunky Dory I found myself getting lost in the sinewy lines and dynamic song construction, regardless of how conventional it was.

Lodger feels to me like a synthesis of these two elements, the experiments tightly woven within the more conventional moments.  It’s if I start the album and don’t listen all the way through.  The past few years I’ve been careful in my selection of what I want to hear first in the new year – I know it’s really just another day, but I consider each January 1st another chance to fix the problems I see in myself.  Try on a new skin, in other words.

This year Lodger insisted on being that album, and I couldn’t be happier to dive into an unfamiliar corner of one of my favorite artists and find more of the threads that connect our lives.